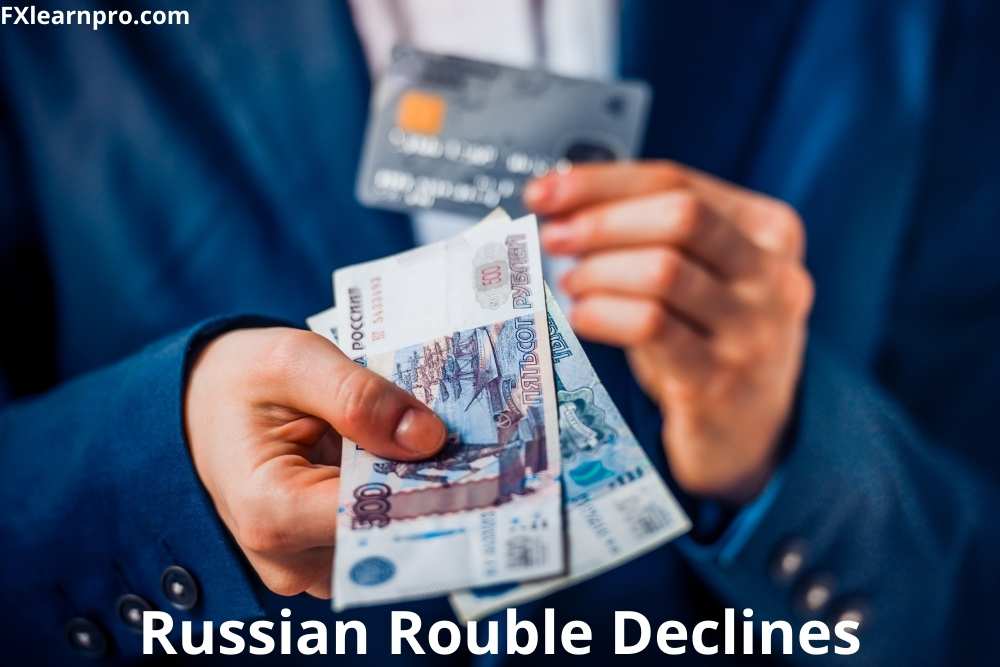 The Russian rouble fell on Thursday after the central bank slashed interest rates to 11% in an off-schedule policy meeting and the conclusion of the month-end tax period, though capital controls maintained it close to multi-year highs against the euro and dollar.

For the third time in a row, the central bank lowered its main rate by 300 basis points, easing borrowing costs after an extraordinary rate hike to 20%, days after Russia pushed tens of thousands of troops into Ukraine.

As the market awaited the bank’s verdict, the rouble began to plummet from its multi-year highs. Inflationary expectations declined, owing to the stronger rouble, which slowed price growth.

Capital controls, new gas payment terms mandating the conversion of fiat exchange into the currency, and a drop in imports have all helped the rouble so far this year.

However, it has lost the backing of the month-end tax period, when export-oriented enterprises typically change foreign cash into roubles to satisfy local liabilities.

The dollar remained stable on Thursday, staying just above a one-month low, as minutes revealed few surprises, with most participants favoring another 50 basis point rate hike.

The dollar index was unchanged at 102.06. The minutes revealed that the Fed is likely to continue the course for the time being but that it will leave its options open for a variety of policy options.

The Fed feels the market is strong enough to survive rapid tightening; thus, ING considers there is an opportunity for this to reverse. According to analysts, accelerated tightening would provide the Fed some leeway if it decided to delay the stimulus program in the latter part of the year.

Mid-month, the dollar index topped 105 for the first time in over two decades, but signals that aggressive Fed action is already hurting economic growth encouraged traders to tone down tightening expectations, with Treasury yields also falling from multi-year highs