Rouble stagnates at 80 against USD as situation gets worse 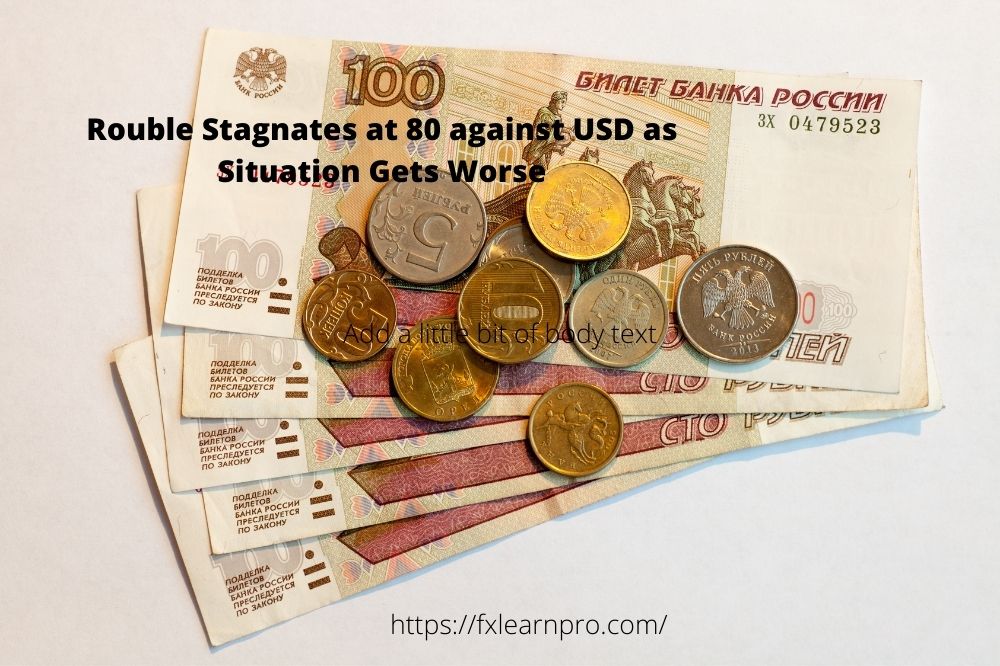 Rouble stagnates at 80 against USD as situation gets worse

On Wednesday, the Russian rouble stabilized near 80 per dollar, while stock indexes rose marginally, losing steam after weeks of frenzied trading.

The rouble gained 0.2 percent against the euro, reaching 86.04. However, export-oriented enterprises that are required to convert 80 percent of their currency revenues into the domestic market continue to support the rouble.

The rouble fell this week after the Bank of Russia eliminated a 12% tax for buying foreign currency through brokerages and vowed to abolish a temporary prohibition on selling foreign exchange cash.

Russian operations in Ukraine remained in the spotlight, as did the possibility of fresh Western sanctions and predictions that the economy will decline at its fastest rate ever. After climbing to 71 last week, the rouble was barely changed at 79.77 against the dollar.

Following Societe General’s announcement that it will exit Russia and face a $3.25 billion loss on the sale of Rosbank to Interros Capital, Rosbank shares rose.

The finance ministry is required to pay coupons after suspending borrowing on both domestic and international markets this year. The rouble-based MOEX Russian index rose 0.3 percent, while other stock market indexes edged higher.

After the release of scorching inflation data, the dollar nudged higher in early European trade Wednesday, while the euro remained near a five-week low on concerns over war in Ukraine drags on for a long time.

The EUR/USD fell 0.1 percent to 1.081, just above a record five-week low, as the Russian President vowed to continue the invasion, claiming that peace talks with Ukraine had reached a stalemate.

The Bank of England has raised interest rates three times in a row, reaching levels above those seen before the pandemic, yet this has had no influence on the country’s mounting cost-of-living crisis.

On Wednesday, the Japanese yen fell below 126 yen per dollar, while the euro fell to a one-month low as investors rushed to the dollar after some hawkish comments.
More News