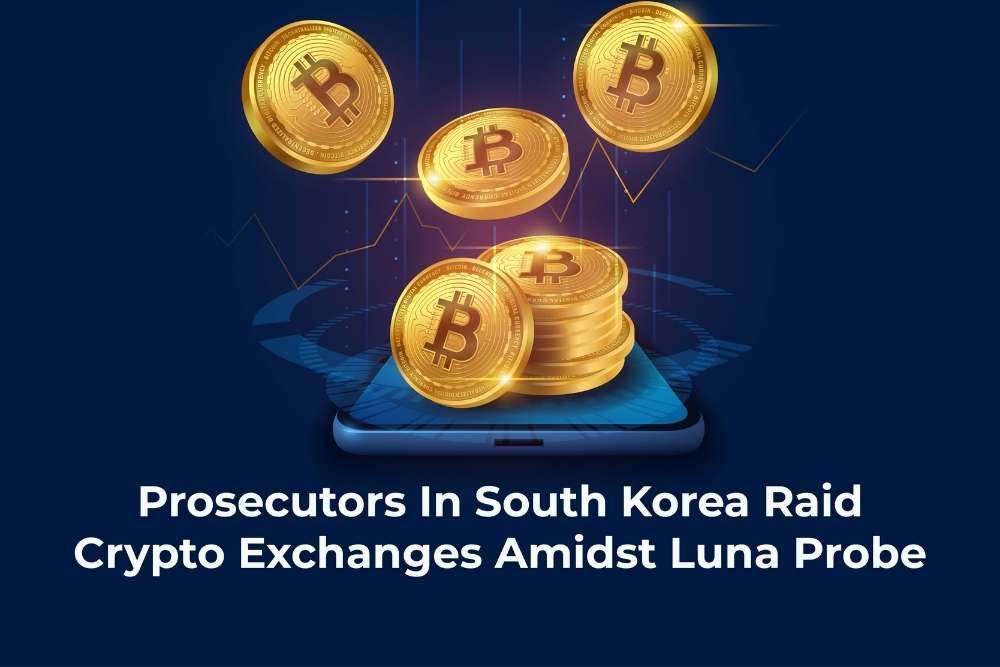 Prosecutors in South Korea recently raided a few of the local crypto exchanges and organisations as a part of an inquiry regarding the fall of the digital currency, Luna.

On Thursday, the spokesperson told Reuters, “A total of 15 places, including crypto exchanges and related offices, were searched on Wednesday for proof of allegations.” A total of seven exchanges and eight other addresses have been raided concerning the fraud investigation of Terraform labs.

Accusations of fraud have been made against Korean developers Faniel Shin and Do Kwon, co-founders of Terraform Labs, a blockchain platform which is affiliated with Luna.

In May, the value of Luna practically collapsed to zero just after the fall of stablecoin TerraUSD, which had been levelled to the US dollar and was considered worthy of exchange with Luna.

Bithumb, Upbit, Coinone, and four other crypto exchanges in the region were raided alongside eight other official and residential addresses, as per the report.

The dramatic fall of TerraUSD in May caused a tremble all over the industry, witnessing multiple hedge funds and exchanges being victim to overexposure.

Investigators are currently seizing material from the raids to confirm whether Do Kwon is guilty of creating an intentional collapse of UST and Luna. Terraform Labs were frozen by Korean police in May to prevent the company from defrauding funds.

The US Securities and Exchange Commission (SEC) is reportedly investigating a possibility of violation of federal investor protection rules regarding the UST marketing practices.

On the other hand, authorities in South Korea filed an investigative file in May to verify the intentional price manipulation and if there are other reasons or issues behind the collapse of UST.

A lawsuit of class-action was filed against Kwon and Terraform Labs in June within the US District Court in the province of Northern California. Last month, Kwon said that he was “devastated” by the downfall of this project.

He claimed that it had been a loss for him personally as all his net worth was swiped away with Terra’s crash while denying the claims that it was a “fraudulent” project.