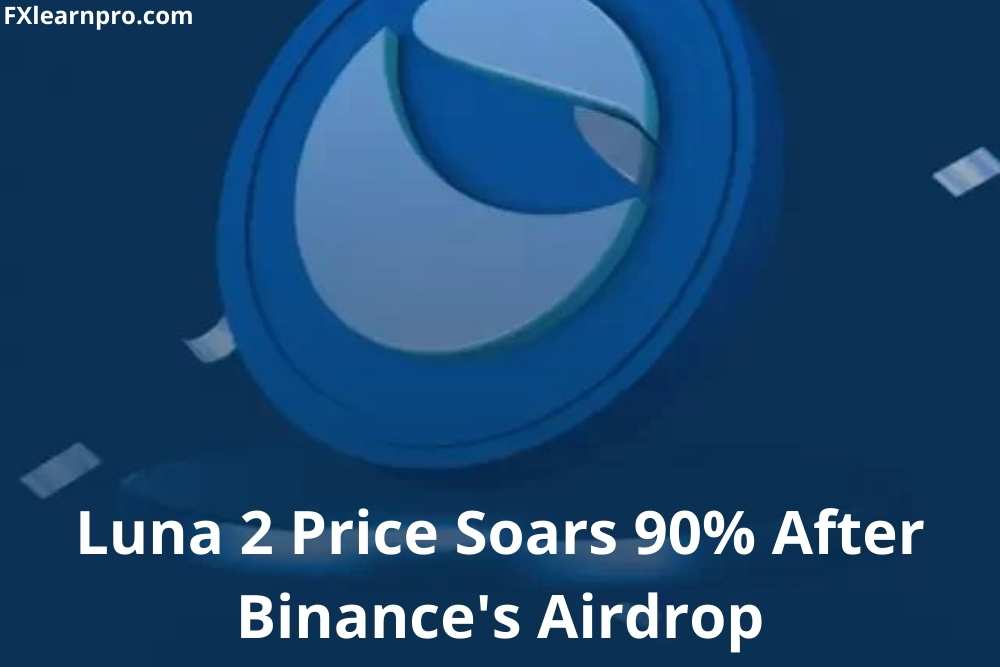 Terra’s (LUNA) price rose by nearly 90% overnight to an intraday high of $11.33 ahead of Binance’s airdrop, but has subsequently fallen to around $8.26.

Binance is one of several exchanges assisting with the relaunch of the Terra (LUNA) ecosystem, and it is expected to conduct a multi-year airdrop programme to eligible customers as well as trading the Terra coin.

While the project seeks to re-establish itself as part of Do Kwon’s revival strategy, observers expect that the price will fall even further after the Binance drop goes live.

Members of the community shared screenshots of the price climbing as high as $12 on the MEXC Worldwide exchange, with Person on twitter bull bnb highlighting some of the most ecstatic moments, noting that the price increased by roughly $2.

Several investors have turned to Twitter to express their dissatisfaction with Terra’s previous airdrops.

The Terra account acknowledged that there have been challenges with airdropping thus far, but promised to find a solution as soon as possible.

Due to the collapse of the Terra ecosystem, China’s state-owned media source, the Economic Daily, has suggested that the Chinese government may impose even stricter rules on cryptocurrencies and stablecoins.

The collapse of TerraUSD (UST) and Luna (LUNA) was described in the outlet, which also explained the algorithmic stablecoin’s workings. It took advantage of the so-called black swan occurrence to applaud China’s move to ban bitcoin.

Bitcoin (BTC) is subject to property rights, rules, and regulations, according to a Shanghai court, since its value, scarcity, and disposability satisfy the criteria of virtual property.

When it comes to how traders get their hands on cryptocurrency in the first place, the growing use of VPNs among Chinese traders.

Since mid-2021, the Chinese government has been toughening its position against cryptocurrency once more. Several government authorities have issued warnings about the dangers of investing in cryptocurrency, and there has been a massive crackdown on mining in the country.