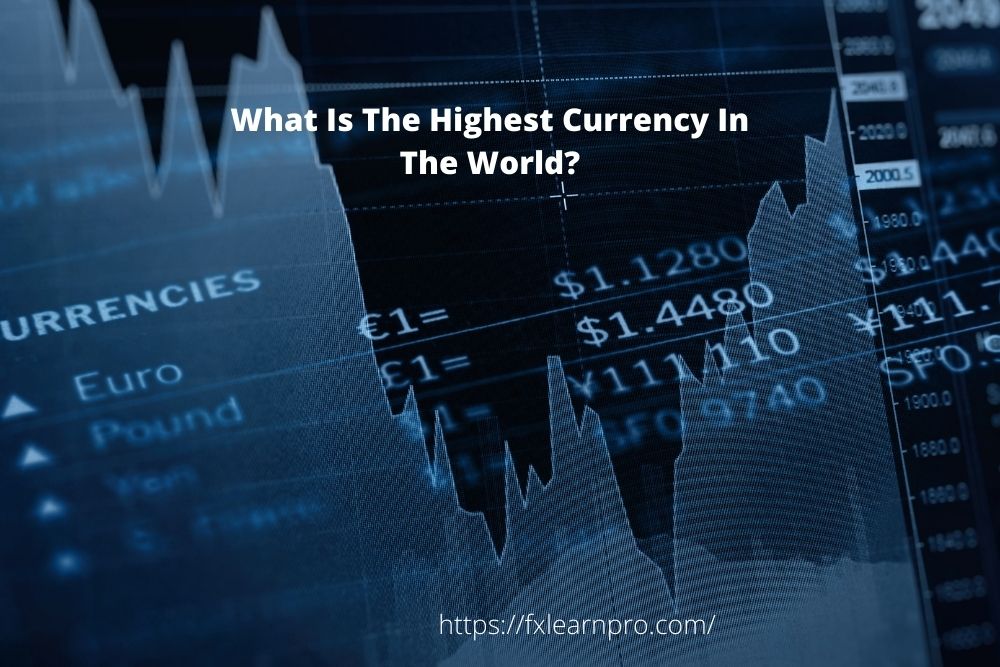 You usually think of the US Dollar, the Euro, or the Pound when you think of the world’s most valuable currencies. You’re in for a pleasant surprise, though. In 2022, none of the currencies listed was the most expensive.

They aren’t always from the world’s richest nations. The ‘Highest Currency’ is defined as a currency with a higher value than the base currency. Although the US dollar is not the world’s most valuable currency, it is the most traded and strong.

We utilized the US dollar as the fixed base currency to compare the value of the currencies. In this case, the strongest currency is the one that is most expensive in contrast to the US dollar. Let’s get started with the 15 highest currencies in the world. Read World News

15 Top Highest Currency In The World

The Kuwaiti dinar, or KWD, was launched in 1960 and was originally similar to one pound sterling. It is known as the world’s strongest and highest currency in the world. Kuwait is a small country wedged between Iraq and Saudi Arabia, whose income is entirely based on oil exports to the rest of the world and its value varies as per the concerns of global oil reserves.

The Bahrain dinar, or BHD, is the world’s second strongest currency. It is divided into 1000 smaller monetary units, called ‘fils’ in this case, as are most Arabic currencies on this list. The Bahraini dinar is a local currency that is tied to the US dollar.

When trading 1 US dollar for 0.38 Bahraini dinar, the exchange rate is identical to that of the Omani rial.

Oman’s national currency is the Omani rial, abbreviated as OMR. It is the third-highest currency in the world. The Omani rial, unlike most other currencies, is divided into 1000 smaller portions known as baisa. Due to the strength of Oman’s oil exports and its peg to the US dollar, the Omani rial immediately appreciated in value following its introduction.

A single US dollar will be worth roughly 0.38 Omani Rial, and that is nearly double the value of the Pound sterling.

The Great British pound, sometimes known as the pound sterling or GBP, is the world’s fifth most valued currency. Although the GBP is not the world’s strongest currency, it does hold the distinction of being the world’s oldest currency currently in circulation.

The GIP is Gibraltar’s currency (Gibraltar pound). It is pegged to the pound sterling in terms of principal and can be traded for it. The GIP’s central bank is in charge of minting coins and issuing notes. The most widely used Gibraltar Pound conversion rate is EUR to GIP.

The location is recognized as an overseas territory of the United Kingdom. Tourism and e-gaming are two industries that are becoming increasingly important to Gibraltar’s economy.

The Jamaican Dollar was the main currency until 1972 when the Cayman Islands Dollar took its place. CI$ is the currency’s abbreviation. The KYD is now ranked as the world’s ninth most valued currency. 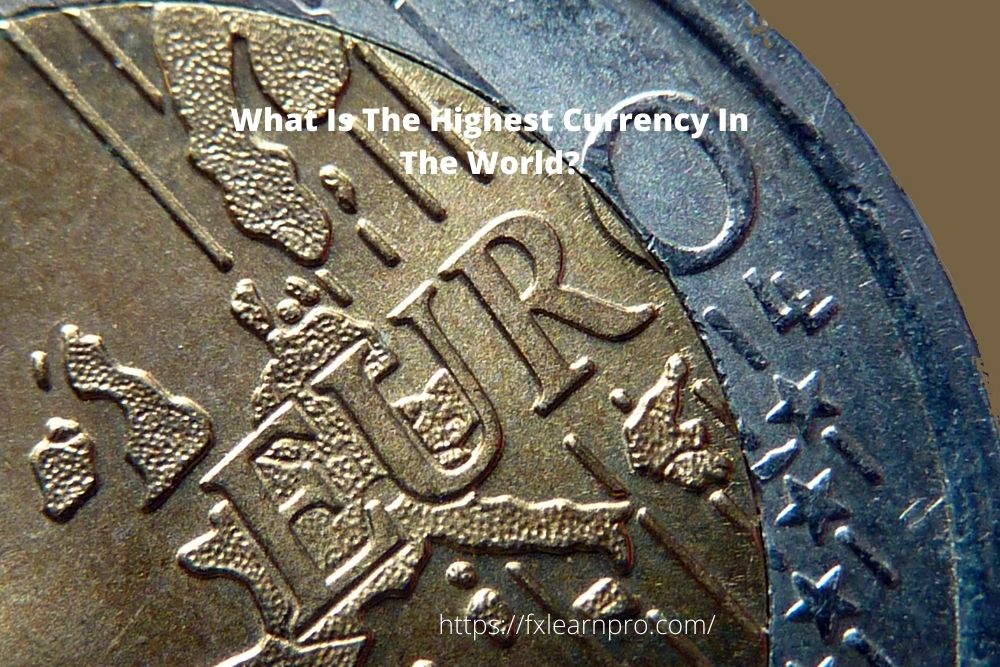 Both Switzerland and Liechtenstein use the Swiss franc (CHF) as their official currency. Swiss is known for being the most stable currency in the world.

The Swiss franc is the first currency to have a higher value than the US dollar, with 1 US dollar buying roughly 0.96 Swiss Franc. This is unsurprising, given that Switzerland is among the world’s most stable and prosperous countries. Along with the USD and JPY, it serves as a safe haven currency for investors during times of economic uncertainty.

Due to its rigorous monetary regulations and low debt levels, the Swiss franc is also the world’s seventh most traded currency. It has gained a reputation as a safe bet whether trading or keeping currency. 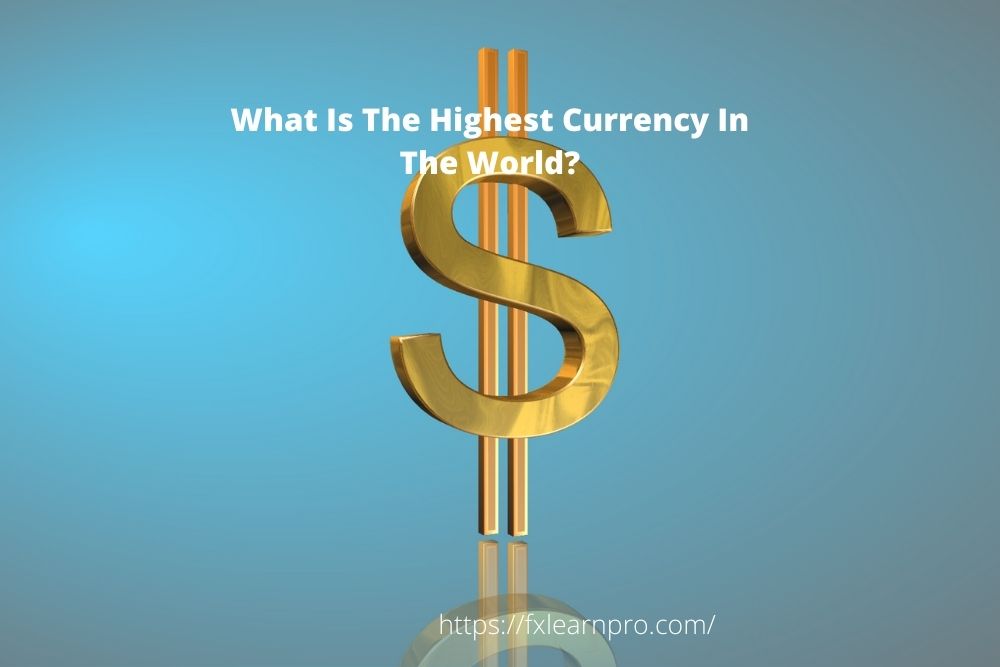 The US dollar is the official currency of the United States as well as a number of other countries. It is the world reserve currency, and most central banks and commercial institutions around the world hold it. The US dollar accounts for roughly 88.3 percent of daily trades in the foreign currency market due to its broad adoption.

The US dollar owns numerous first-place titles, along with the wealthiest countries in the world, but it ranks just 10th when compared to other currencies as a contender for the strongest currency in the world.

Due to Canada’s legal and political stability, the Canadian Dollar, or CAD, is one of the most attractive currencies for central banks to retain as foreign exchange reserves. Furthermore, when it comes to forex trading, CAD is a very popular alternative, accounting for roughly 5% of all daily trades in the worldwide foreign exchange market.

The worth of a single US dollar is approximately 1.31 Canadian dollars, ranking it 11th among the world’s strongest currencies, but its global popularity outweighs its value.

Libya’s national currency is the Libyan dinar, or LYD as it is spelled. A single Dinar is separated into 1000 dirham, unlike many other currencies, which use a sub-measurement of 100. There is another currency that always goes with the Libyan Dinar is the Jordanian Dinar.

A single US dollar will buy around 1.41 Libyan Dinar. LYD is highly strong money, despite not being the most valued currency in the world.

Since 1967, the Sultanate of Brunei has used the Brunei dollar (BND) as its official currency. Both the Brunei dollar and the Singapore dollar are legal money in their respective countries and are interchangeable at face value.

The BND is pricier than the Singaporean Dollar, with 1 US dollar converting to roughly 1.35 BND.

Singapore’s national currency is the Singapore dollar (SGD). It is used in Singapore as well as Brunei.

1 US dollar is roughly equivalent to 1.36 Singaporean dollars. The Singapore dollar is a costly currency that is the 13th most exchanged currency on the forex market, accounting for about 1.8 percent of daily forex trades.

The Australian Dollar (AUD) is Australia’s official currency, as well as the currency of its overseas countries and some Pacific island nations. It is incredibly valued and one of the most successful economies on this list while not being the most costly currency in the world.

The Australian Dollar is one of the most pricey currencies accessible, costing roughly 1.45 US dollars. The Australian Dollar is also the fifth most traded currency on the forex market, accounting for approximately 6.8% of all daily trades. The AU dollar’s popularity stems from the currency’s stability, high-interest rates, and the belief that it offers diversification benefits.

The New Zealand dollar (NZD) takes its rightful place on the list of the world’s strongest currencies. The strength of this currency has been increasing, owing to the country’s political stability, high-interest rates, and strong economic growth.

Currency trading is when you buy one currency and sell another at the same time to determine the value of one currency against another. All of the currencies on our list of the strongest currencies were quoted in US dollars. Find out more about how to get started trading forex pairs here.

You can start investing in forex currency pairs with foreign exchange specialized brokers like InvestBy.