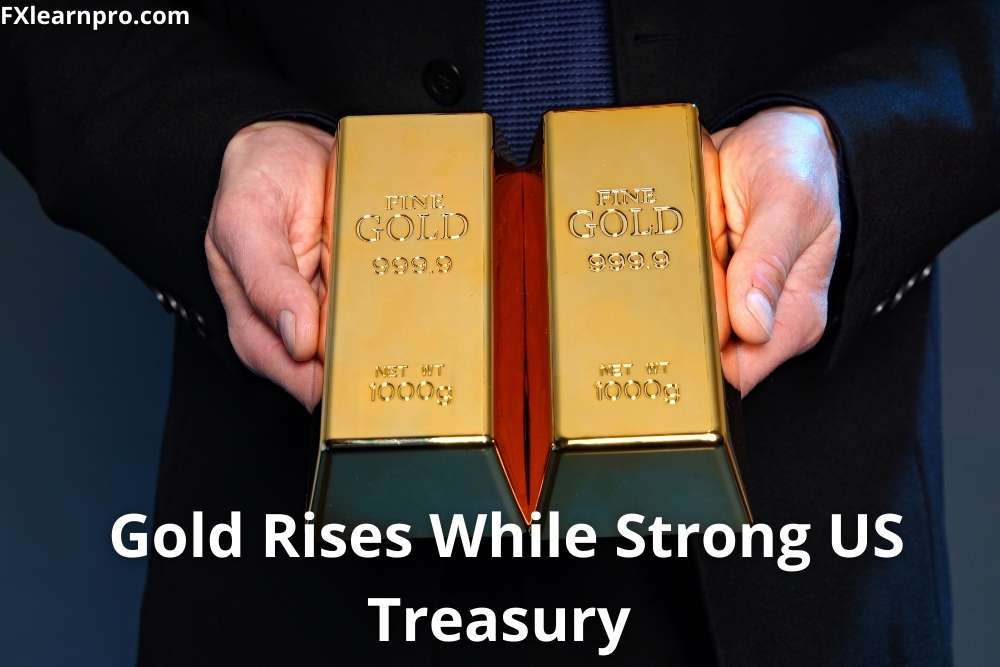 Gold was higher in Asia on Friday morning, but rising US Treasury rates put the metal on track for its first weekly loss in three weeks.

Futures for gold were up 0.26 percent.

Benchmark 10-year Treasury yields in the United States likewise rose as the Federal Reserve of the United States adopted a hawkish stance on policy tightening. This fueled speculation that the central bank will rapidly raise interest rates to combat inflation.

A rising US dollar could put downward pressure on gold, while geopolitical uncertainty remains a support, and the gold price is caught between the two opposing currents.

So far this week, gold is down around 1.3 percent. On Monday, the yellow metal came close to breaking the $2,000 mark due to safe-haven demand.

With stagflation becoming a genuine possibility, investors all around the world are turning to gold as a valuable portfolio diversifier.

Silver declined 0.6 percent, while platinum fell 0.2 percent, putting both precious metals on track for weekly losses. Palladium, on the other hand, increased by 0.4 percent.

Oil prices fell another 4% on Friday, driven down by the potential of rate hikes, weaker global growth, and COVID-19 lockdowns in China, which reduced demand, even as the European Union considered an embargo on Russian oil.

The price of Brent crude futures was down 1.1 percent. Both benchmark contracts were on track for weekly losses of approximately 4%.

Since Russia’s invasion of Ukraine, this has been the least tumultuous week in trade.

As a result of the sanctions, Russia’s oil supply was cut off, forcing consuming countries to discharge a record amount of oil from emergency reserves.

Concerns about inflation and economic growth being harmed by the Ukraine crisis overshadowed trading in the later part of the week, with the IMF reducing its global growth prediction by nearly a full percentage point.

The market is still being weighed down by China’s demand outlook, as Shanghai officials conduct a new round of city-wide testing and warn citizens that their three-week lockdown will only be lifted in batches after transmission is eradicated.