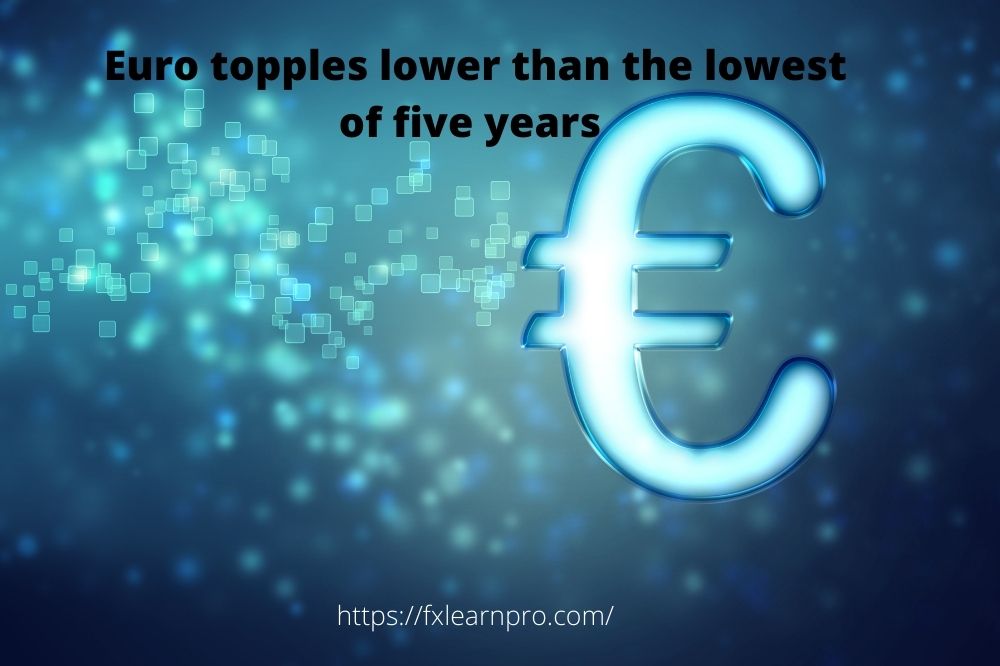 On Wednesday, the euro dipped below $1.06 for the first time in five years versus a broadly strong US dollar, owing to growing fears about energy security and Europe’s slowing GDP.

After Russia’s Gazprom (GAZP) indicated it will limit gas supplies to Poland and Bulgaria, the euro fell to a five-year low. Concerns about economic growth are on the rise. Consumer sentiment in France, one of the top economies in Europe, dropped more than predicted, according to data.

The rouble rose to a more than two-year high versus the euro in Moscow trade on Wednesday after Russia claimed it had blocked gas deliveries to Bulgaria and Poland, owing to upcoming income tax obligations.

The euro has lost more than 4% so far in April, putting it on track for perhaps the worst monthly loss in seven years. Traders have abandoned the euro in favor of the safe-haven dollar because of uncertainty surrounding the Ukraine conflict and China’s COVID lockdown measures.

Suspension of gas supply to a number of European countries might heighten geopolitical tensions and weaken relations with Europe, lowering public sentiment.

Traders bet that rates in the US will rise faster than in any other major country, which supports the dollar index. In March, China’s industrial profit growth quickened.

Lower rates help the economy by lowering borrowing costs, but they can also fuel inflation and make the rouble more susceptible to external shocks.

The United States appears to be less affected by the energy price surge than other countries, particularly Europe and Japan. The Fed maintains the most hawkish central bank as a result of the latter, and the currency is highly supported.

Commodity currencies have been selling recently in favour of the US dollar’s safety, sending the New Zealand dollar to its barest minimum since the beginning of 2022. After North Korea committed to expanding its nuclear weapons, the South Korean won fell to a two-year low.