Dollar And Euro Soar As Macron Wins Again In France 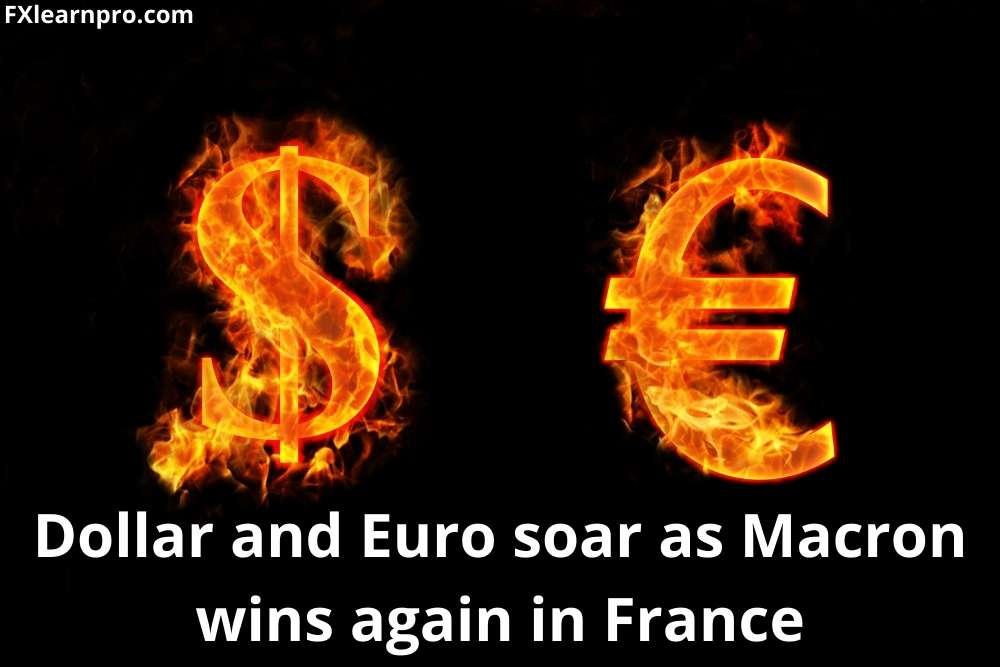 Dollar And Euro Soar As Macron Wins Again In France

After French President Emmanuel Macron’s re-election on Sunday, the dollar was higher in Asia on Monday morning, with the Euro gaining a bit.

The US Dollar Index rose 0.05 percent to 101.260. Markets and political observers were anticipating Macron’s victory over challenger Marine Le Pen.

The USD/JPY currency pair fell 0.15 percent to 128.37. The AUD/USD pair sank 0.82 percent to 0.7179, the lowest level in a month for the Australian dollar against its US counterpart. The NZD/USD exchange rate dropped 0.68 percent.

The market’s unfavourable reaction to this relatively easy election might be a hasty decision in favour of a Russian oil embargo, which would intensify inflationary pressures and a slowdown in Europe.

The Euro started the day higher at $1.084 and ended the day at $1.080, up 0.12% from Friday’s finish, although it remained close to a two-year low recorded the previous week. In addition, the Euro rose 0.14 percent, reaching a three-week high.

The Euro and most of its major rivals have been battered by the stronger US dollar, which has been aided by rising Treasury yields. Markets are already readjusting for a series of aggressive interest rate hikes by the US Federal Reserve. The Federal Reserve is the central bank of the United States.

After losing 1.4 percent against the dollar, the pound was somewhat weaker. Weak sales and consumer confidence figures, as well as Bank of England statements from earlier this week.

As the central bank constantly keeps its benchmark yields pegged down, the Japanese yen has been the most hit by rising US interest rates. On Monday morning, the dollar was a smidgeon higher against the yen, gaining 11 percent.

In Asia on Monday morning, gold was down, reaching its lowest level in more than two weeks. Gold futures are down about 0.9 percent.