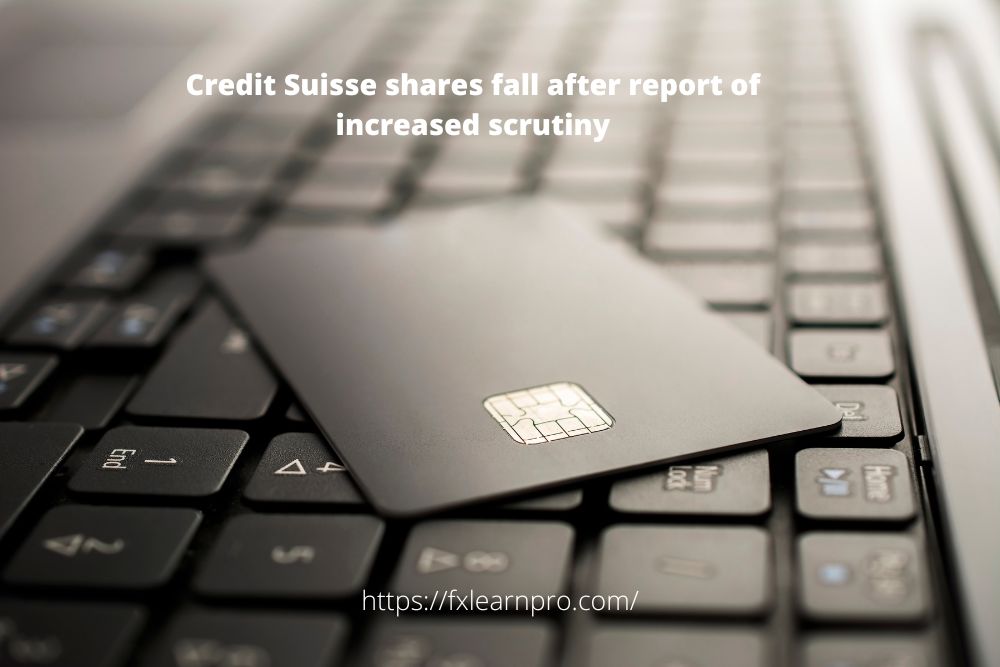 The Financial Times reported that the United Kingdom’s financial watchdog had placed Credit Suisse Group AG (CSGN) on a list of institutions requiring greater scrutiny. Credit Suisse’s stock has dropped by more than 40% in the last year.

Following a number of recent incidents, Credit Suisse was added to the list due to concerns about the lender’s culture and governance. The Swiss bank’s top executives were asked by the FCA to explain how they plan to resolve concerns about accountability and misbehavior.

The FCA also wants the bank to perform a review of its global unit’s management, risk, and audit committees in the second half of 2022.

The news comes as Credit Suisse’s stock has been battered by a slew of problems and profit warnings. One of the most high-profile setbacks occurred in 2021 when the bank had to close billions of dollars in funds due to its supply chain entanglements.

On Monday, global equities plunged to new 2022 lows, and the Japanese yen fell to depths not seen in over a quarter-century, as fears of even more aggressive policy tightening were fueled by red-hot U.S. inflation.

This is happening notwithstanding the efforts that central banks have taken so far. They’re stoking suspicions that if inflation is to be controlled, they’ll have to go harder and faster, at a cost that’s increasingly being regarded as reduced GDP and a probable recession.

Multiple market growth indices fell on Monday, from Hong Kong technology shares to the Australian dollar, as investors flocked to the supposed safe haven of the U.S. dollar.

The potential of new COVID-19 lockdowns was the focus in Asia, with Beijing’s most populated district declaring three rounds of testing.