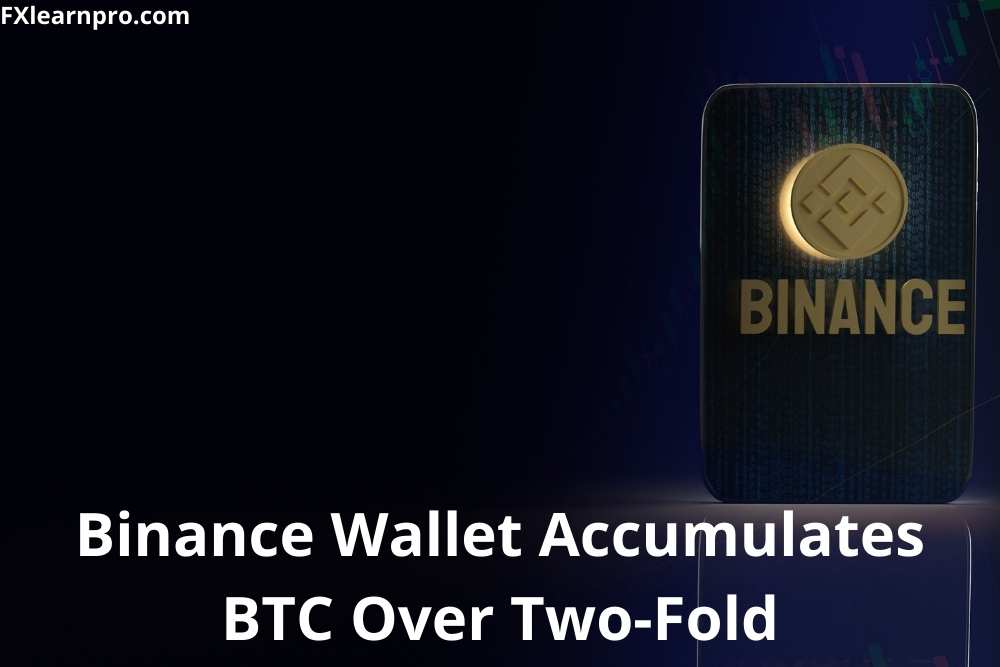 Two well-known cryptocurrency exchanges, Binance and Coinbase, have an almost perfect negative correlation in their holdings of Bitcoin (BTC). From 2020 to the present, the Binance exchange has continued to amass Bitcoin. On the other hand, Coinbase continuously saw its BTC holdings diminish within the same time period.

According to data made accessible by the blockchain data and analytics platform Glassnode, this information is accurate.

Binance gradually grew its Bitcoin holdings, tripling them in three years. Initially, Coinbase held more than one million Sats of bitcoin in its cold wallet, but it has now decreased over time to just slightly more than 500,000.

These statistics show how cryptocurrency traders use each exchange, whether they are making deposits or withdrawals. The balance of the Binance cold wallet increased during the same time that the price of bitcoin fell over the previous few weeks.

The aggregate 24-hour trading volume of Coinbase, FTX, and KuCoin is $4.45 billion, but Binance is far ahead with $11 billion.

Because of its extensive support services, it can be seen that the majority of cryptocurrency traders choose Binance over other exchanges. Over 45 fiat currencies, including those from Africa, are supported by Binance.

CoinFLEX, a cryptocurrency investment platform, plans to dispose off bad debt through a new $47 million token offering in order to address its liquidity shortfall and resume user withdrawals.

The new cryptocurrency is called Recovery Value USD (rvUSD). It is intended to assist CoinFLEX in recouping $47 million in losses sustained by a failed attempt to liquidate an account after it fell into negative equity. The company announced that it will begin issuing it in July and that it intends to resume withdrawals by the end of June.

In a unique non-liquidation recourse account that CoinFLEX developed, the borrower committed to maintaining it fully funded with equity, and CoinFLEX agreed not to liquidate the account.

Making use of untapped assets and investing stablecoins in a mix of US treasuries and bonds is the goal of a proposal that Maker DAO is presently voting on.

With this plan, Maker DAO takes a significant step toward expanding outside of the crypto world.